Since the second half of 2019, global forest occurs frequently, in which many people has been killed. The number of wildfire in the world, more than three times the amount a year earlier. A few days ago, a fire at a chemical plant in Guangdong, China, killed one person and injured at least 50. Whether it is a wildfire or fire at factory , it will pose a serious threat to personal safety and property interests. Therefore, attention to the fire hazards is also a problem that every enterprises need to address.

Since winter came and air becomes dry and with very strong winds, especially in the north of China, which increase the probability of fire propagation. Last month, Tianyu Textile organized a fire safety knowledge training and organized workers to conduct a fire drill. At the beginning of the drill, our leader team carefully organized the drill, clarifying each steps of the drill, the responsibilities of each leader, and the evacuation rout are well-signed. 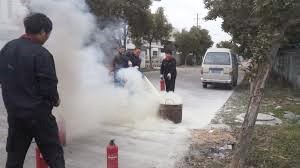 With the fire alarm ringing, the drill was started. Workers covered their noses and mouths with wet towels, and then quickly bent down to passing through evacuate rout to the outside of the factory. It totally took 2 minutes and 50 seconds. This whole exercise was intense but orderly.

Finally, our manager director summarized the fire drill. He said that the workers treat the drill seriously, responded quickly, and took a short time to retreat. After that, he was once again emphasizes the importance of safety production. Life is most important in the world, we should keep the bell ringing in our mind. The fire drill not only strengthened the workers' awareness of fire safety, helped everyone to become familiar with escape, evacuation routes, and be able to use fire extinguishing equipment, but also improved their ability to fight emergencies. However our aim is to prepare in advance, it is a lot more cost-effective than fire afterwards. 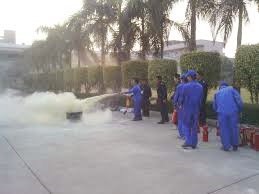 Henan Tianyu Clothing has mainly produced various protective clothing fabrics for many years. It has taken the responsibility to protect the personal safety of workers, and has been more vigilant on the safety issues of our own factory. Safe production, starting from us, Tianyu Textile forever protect you.